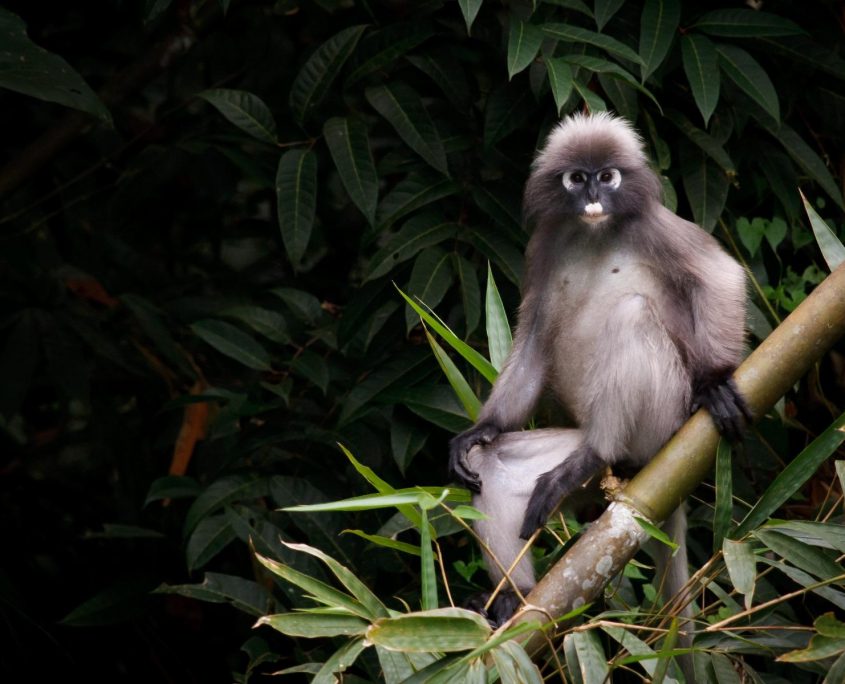 Description:
The Spectacled Langur, also known as Dusky Langur, Dusky Leaf Monkey or Spectacled Leaf Monkey, is one of the monkeys most commonly found in Khao Sok National Park. Spectacled Langurs are often seen in treetops in early mornings or late afternoons feasting on fresh leaves and fruit. The best place in Khao Sok to see them is the Cheow Larn Lake, but if you are lucky and get up early you can also see them along the treks leaving from the National Park Headquarters. The name langur comes from Hindi meaning ‘the one with a long tail’. This very long tail makes it easy to differentiate langurs from other monkey species living in the same area. Spectacled langurs are listed as ‘near threatened’ on the IUCN Red List.

… that Spectacled Langur consumes 2 kg of food everyday while weighing only 5-9 kg?

Diet:
More than half of what langurs eat is leaves. The rest of their diet is made up of various fruits, seeds and flowers. Spectacled Langurs eat for about 4 hours every day.

Habitat:
Spectacled Langurs can be found from Northeastern India to the Malay Peninsula. They live in the upper or middle canopy of primary forests, usually in altitudes below 1000 meters. Langurs are very territorial, protecting areas of up to 33 hectares. They normally live in groups of 10­35 monkeys, called troops, with one or two males. All the females in the group are related to each other. Langurs can get
about 30 years old.

Reproduction:
Gestation period is normally around 5 months resulting in one baby. It is quite surprising that Spectacled Langur newborns are bright orange in color! When they are about 3 months old their color starts changing to grey. Young females stay with their group for their whole life, males leave at an age of 2­3years. 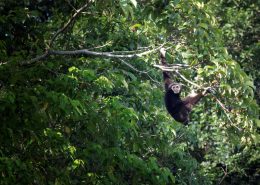 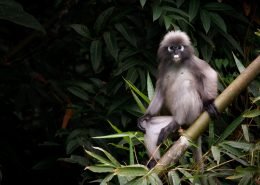 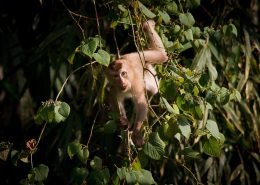