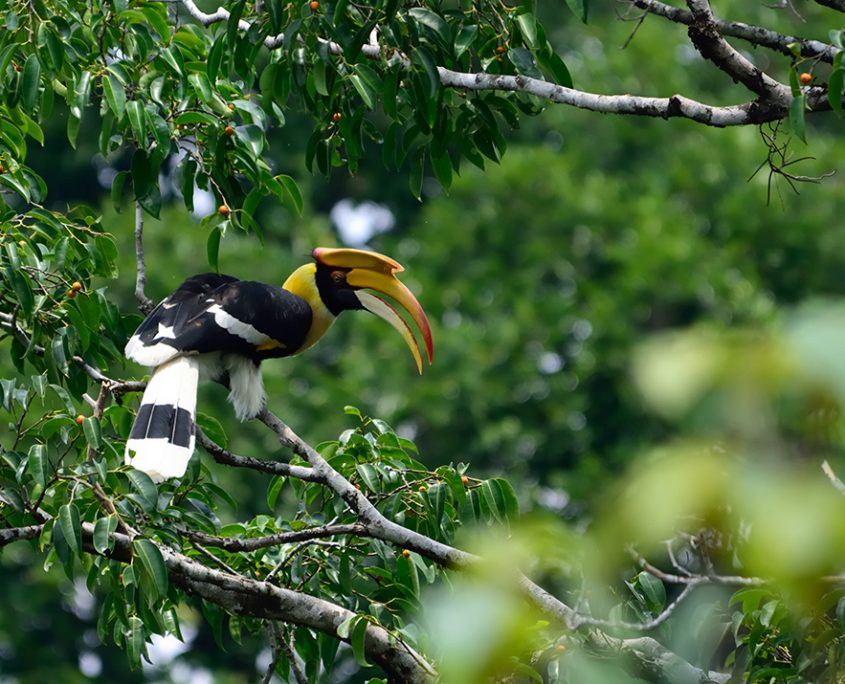 The great hornbill, also known as the great Indian hornbill or great pied hornbill, is one of the larger members of the hornbill family, 95-130 cm long with 152 cm wingspan and a weight of 2.15-4 kg. Females are smaller than males and have bluish-white instead of red eyes. Like other hornbills, they have splendid eyelashes.  The most prominent feature of this hornbill is the bright yellow and black casque on top of their massive bill. The casque appears U-shaped when viewed from the front, and the top is concave. The back of the casque is reddish in females, while the underside of the front and back of the casque is black in males. The casque is hollow and serves no known purpose, although it is believed to be the result of sexual selection. They are listed as ‘Near Threatened’ by IUCN Red List.

…that the great hornbill can consume as many as 150 figs in one meal!

Diet:
In the wild, their diets consist mainly of fruit. Figs are particularly important as a food source. They obtain the water which they need entirely from fruits. But they also feed on small mammals, birds, small reptiles and insects.

Habitat:
The great hornbill is found in the forest of India, Bhutan, Nepal, Mainland Southeast Asia, Indonesia,the Island of Sumatra and North eastern region of India.

During the breeding season, the great hornbills become very vocal. They make loud duets, beginning with a loud ‘kok’ given about once a second by the mate, to which the female joins in. They form monogamous pair bonds and live in small groups of 2-40 individuals.

The female hornbill builds a nest in the hollow of a large tree trunk, sealing the opening with a plaster made up mainly of feces. In Khao Sok it has been recorder that they also make their nests in small cliff cavities (the only place they are recorder to do so). She remains imprisoned there, relying on the male to bring her food, until the chicks are half develop.  The clutch consists of one or two eggs which she incubates for 38-40 days.  They are long-lived, living for nearly 50 years in captivity. 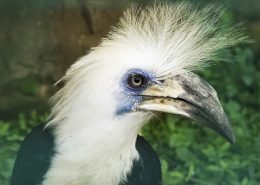 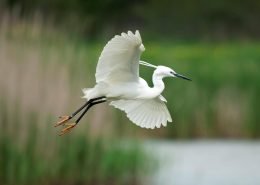 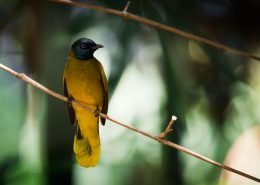 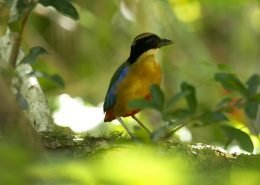 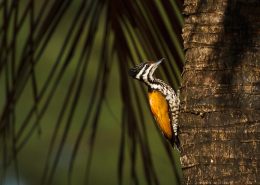