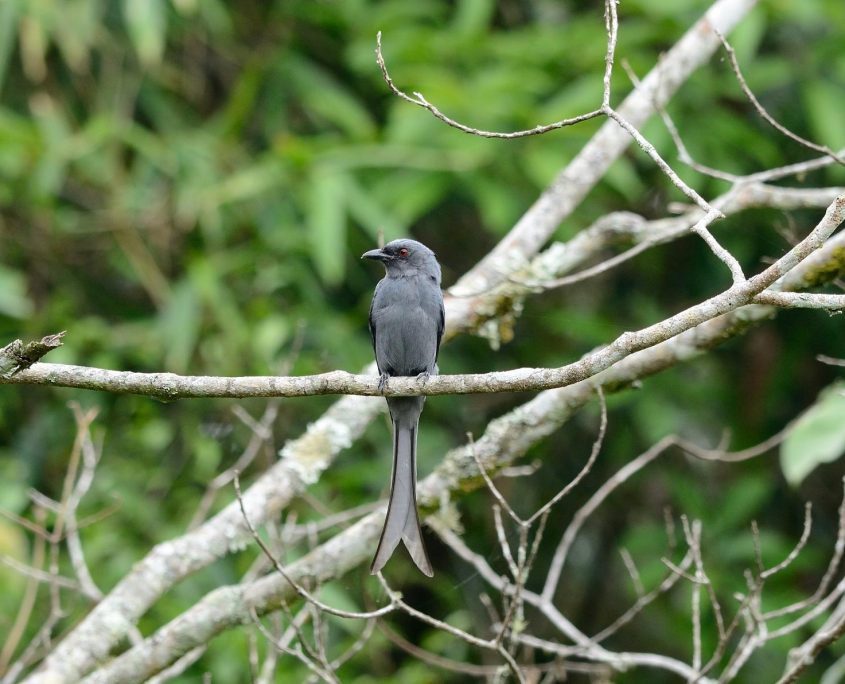 Description:
The ashy drongo is a species of bird commonly found in South and South East Asia. The name ashy comes from the greyish‐ashy color of its feathers. The drongo is an extreme agile and highly mobile bird, which can perform quick twists and turns during the flight. It can mimic other bird calls and also imitates the movement of other bird species, then subsequently tries to steal their food. Drongos are quite easy to identify, as they all have two elongated tail feathers, making it easy to distinguish them from other species.

The word Drongo is used in Australian English as a mild insult meaning idiot or stupid fellow.

Diet:
The drongo is an insectivorous bird – they are often seen catching insects in mid‐air. It also likes to eat small reptiles, birds and even bats.

Habitat:
Drongos like to inhabit hills of tropical South East Asia, but also coastal areas like mangroves. Populations living far north or in cooler places will migrate in winter to warmer places.

Reproduction:
Drongos build their nest high up in trees, usually on a horizontal fork. They form a loose cup by incorporating twigs, grass, leaves, fibers and spider webs. After that the female lays two to five eggs. Both male and female drongo take care of the offspring and protect the nest. Incubation time is two weeks. 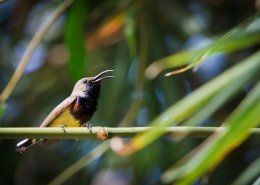 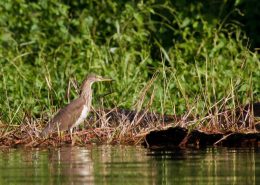 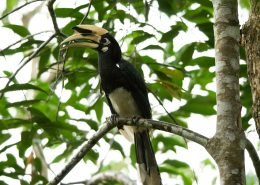 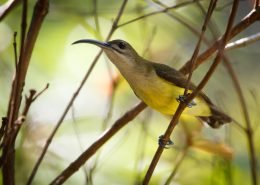 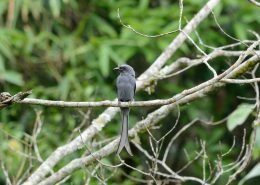