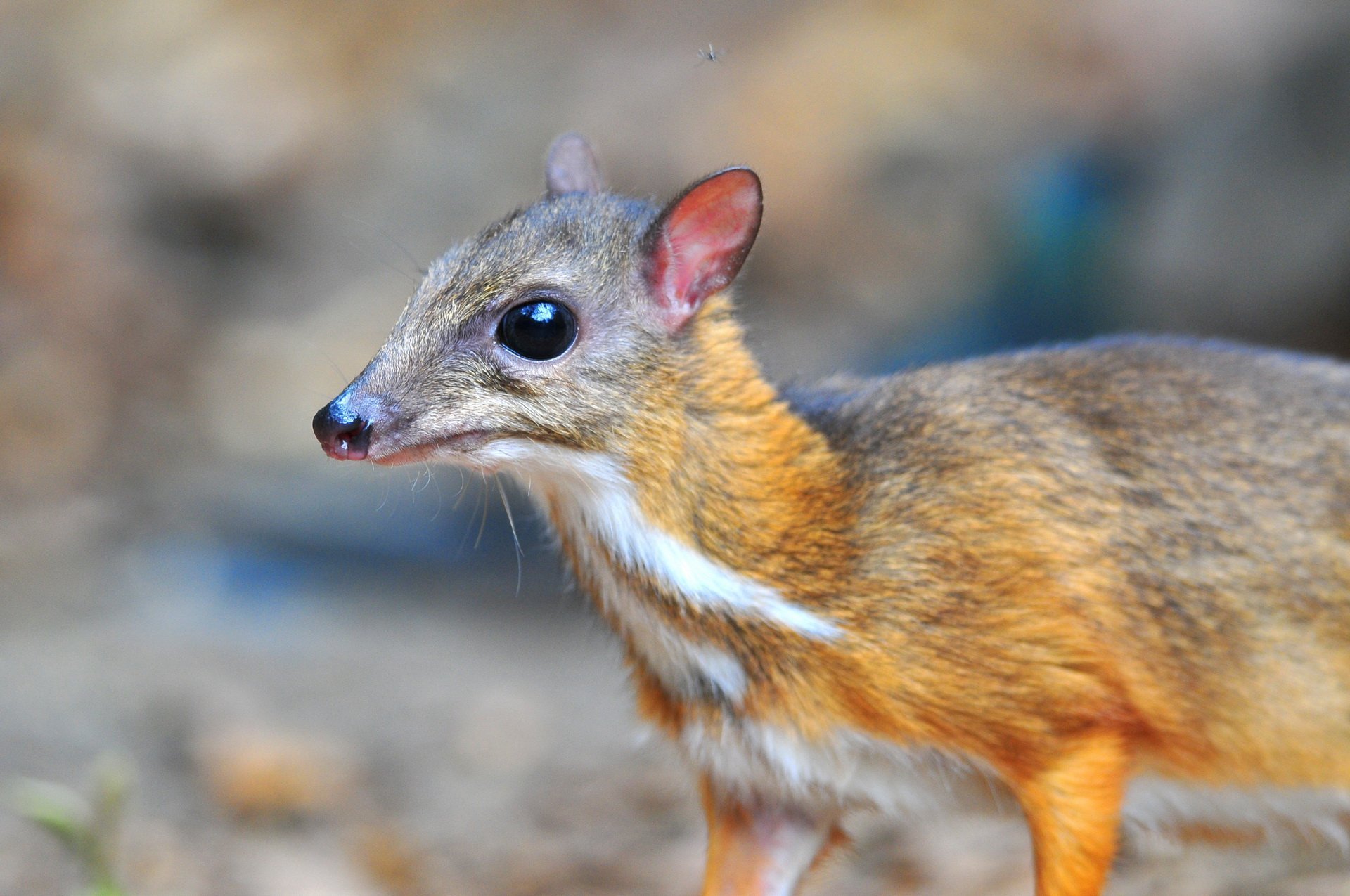 The mouse deer, or chevrotain, is an incredibly fascinating species and one which science doesn’t yet fully understand. Despite its name, the mouse deer is not a member of either rodent or deer families. In fact, the only link that the mouse deer has to similar-looking animals is that it is an ungulate (hoofed animal), along with mammals such as camels, giraffes, and Khao Sok’s own wild boars and gaur.

There are 1o living subspecies of mouse deer which fall under the family Tragulidae. Historically the terms mouse deer and chevrotain were used interchangeably when discussing these animals,

The mouse deer is notoriously elusive, and like its fellow Khao Sok resident, the tapir, is most active during the night, making sightings rare. However, within Khao Sok National Park our video monitors have captured sightings of two subspecies of mouse deer, Tragulus kanchil and Tragulus Napu, also known as the lesser mouse deer and greater mouse deer, respectively.

The fur of both subspecies of mouse deer is mainly reddish-brown in colour, though the lesser mouse deer is slightly darker. Both have white markings on the neck and a pale belly. The greater mouse deer is so named because it is one of the largest of its kind, while the Tragulus kanchil, or lesser mouse deer, is the smallest hoofed mammal known to man, at only 45cm height when fully grown!

Mouse deer are territorial, but unlike many other hoofed mammals, like our resident barking deer, they have no antlers. Instead, the male mouse deer protects itself with a pair of tusk-like canines. When under threat or agitated, mouse deer rapidly beat their hooves against the ground. Although their legs are only the diameter of a pencil, this creates a drumming sound as the stamping can reach speeds of up to 7 beats per second.

A breakthrough in our understanding of mouse deer was made in 2008 when it was discovered that as a way to avoid predators, mouse deer can submerge themselves underwater for 5 minutes or more. This is incredibly unusual for a mammal of this type and has left researchers scratching their heads. So far it has been confirmed that 3 of the 10 subspecies of mouse deer have this defence technique, but time will tell whether it is common among the other 7.

Both of the mouse deer which can be found in Khao Sok National Park are classified on the IUCN Red list as ‘least concern’, meaning that they are not currently an at-risk animal.

… that a female mouse deer will spend most of its life pregnant! It is able to become pregnant a mere 1.5 hours after giving birth to a fawn? 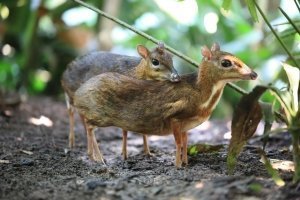 Distribution:
The Tragulus napu, or greater mouse deer, has been found in Southern Thailand, Southern Myanmar, Malaysia, Borneo and Sumatra, as well as some of the smaller islands off Singapore and Indonesia. 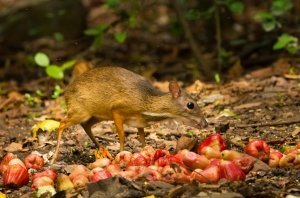 Mouse deer possess a multi-­chambered stomach and are ruminants, meaning that they use enzymes to process their food but also regurgitate food from the stomach in order to further break it down i.e. chewing cud. Mouse deer are herbivores, feeding on a diet of fallen fruit such as figs and bananas, and the leaves and buds of shrubs, trees and grasses.

This means that Khao Sok National Park is home to both one of the world’s smallest and largest land mammals, thanks to our rainforest’s largest herbivore, the Asian elephant.

Habitat:
Mouse deer will always choose to live as close as possible to a water source, which we now know is not only for hydration but also for protection from predators. They have generally been found to prefer the undergrowth of overgrown primary and secondary forests. Much like the equally elusive binturong, mouse deer are thought to be primarily solitary animals but have also been found to live in small family units.

Reproduction:
Mouse deer have no set breeding period, but their gestation period is about 4.5 months and results in a single fawn with a birth weight of around 370g. Within 30 minutes of birth, the fawn is up on its feet and after 8 to 12 weeks the fawn is weaned. By the age of 5 months, the mouse deer is sexually mature. These animals have a lifespan of about 12 years. 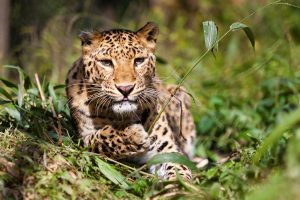 Life isn’t easy for a mouse deer, with a range of carnivorous predators sharing their habitat. On the ground, large cats such as the clouded leopard and tiger roam the rainforest looking for prey. In the skies above, the crested eagle owl keeps a close eye on small mammals, ready to swoop down and attack. And if that wasn’t enough, reptiles such as the reticulated python lurk on the forest floor or up in the trees.

Throughout Khao Sok National Park there are a number of video monitoring devices which have been set up to capture footage of the local wildlife. This information helps us to better record which animals call our rainforest home and also allows us to track populations and understand more about some of our forest’s most elusive creatures.

Here you can see the fantastic footage which was captured of a mouse deer foraging for food during the night.

We have also discovered a number of mouse deer footprints in the clay soil throughout the park, shown here.

Would you like to visit the habitat of nature’s curious mouse deer?

Come and visit Khao Sok National Park on one of our recommended tours. 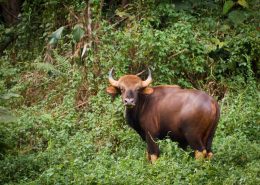 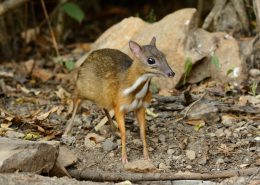 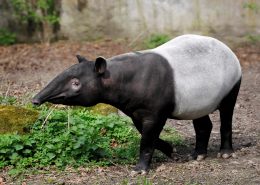 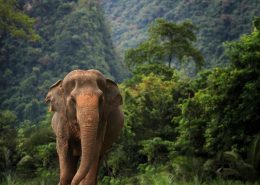